Just a few days too late to make an “April Showers” joke! After an alleged incident involving a prominent public figure recently, piss play or golden showers have been the subject of rather a lot of discussion.

A 2014 study conducted by researchers at the University of Montreal discovered that 3-5% of women had fantasies involving urination play. Figures for men were higher with 8.9-10% fantasising about piss play. 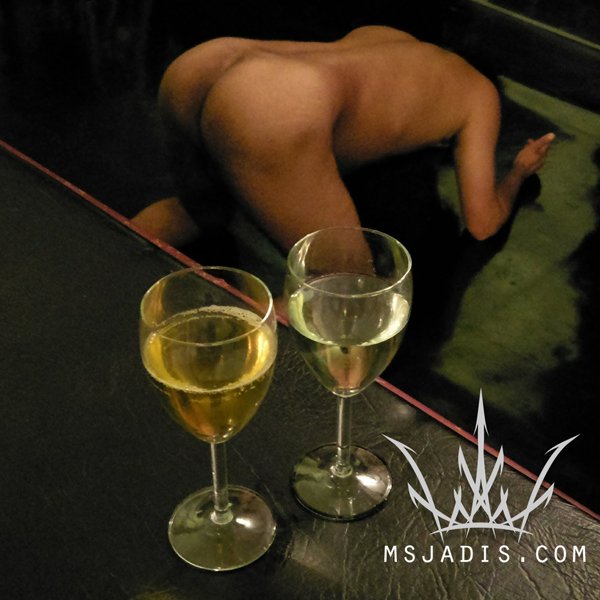 More formally the practices are referred to as:

A paraphilia in which sexual arousal or activity is linked to urine.

The consumption of urine. 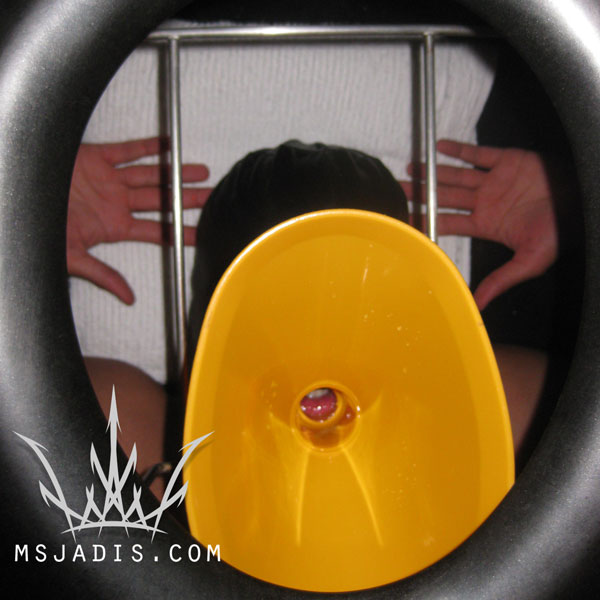 In addition to my experience talking to many slaves over the years, I spent some time today researching articles where various individuals talk about their relationships to piss play. I also asked my twitter followers to tell me what they love about golden showers play. Some excellent and thoughtful responses were submitted, some showing a very touching level of reverence for the level of intimacy and connection that this activity can instil.

@slaveboi1: It seems for many it’s a form of humiliation (and that’s completely valid). For me i see it as an honor. i am taking the literal fluid of the Domme, the one i am worshipping, into me. It feels intimate. But also it can be fun 😊 Had a long talk w/ @Mz_Penelope about it last year

Kitty @The_Sub_Mission: It feels special to me when Master pees on me. It feels humiliating to me in a way that words never can quite hit. The privilege of drinking his piss is special and feels extra hot to me. It is not an everyday occurrence for us but one I really enjoy.

@Servitudeslave5: It is a taboo subject, it feels special to experience what is usually such a personal activity for a woman coupled with the humiliation of the act. To be used as a woman’s toilet is the ultimate form of submission. It is a lovely experience.

‏@KinkeePanda: I completely agree, I’ve found it to be such a powerfully submissive and intimate act. Representing a deep level of connection, devotion & faith. Having the trace elements of proteins, hormones, metabolites etc… that have traveled through Mistress’s bloodstream … Then to have them travel through my own body within my bloodstream, is a special experience. It feels like a part of her has become a part of me for a little while. It’s something I never thought I would choose to experience when I started my journey & now I hold it dear

@MKMsubdave: For me it is the humiliation aspect, like I am so unworthy/pathetic only Mistresses golden nectar can clean off the filth

@toiletofMsJadis: I love it because it’s a reward. It’s intimate. For me it’s honey water. It cleans me. It is something so divine for me that it motivates me and makes my day better. Being your toilet slave has made me a better man

@Submissiveslu10: It’s purely a sign of my total submission towards my Goddess and for which I get rewarded n humiliated after which I get blessed with a golden shower/nectar. The way she smiles is everything for me n after all its a part of my obedience towards her.

@slave_66: my Owner will not pee directly on me, i’m not worthy of that view. i am rewarded with a glass full if i have been very useful. i’m a lucky slave.

@traineeslaveboy: For me its a sign of my total submission and obedience. I don’t enjoy the actual act itself, but I do love the smile on her face knowing I’d do anything for her.

@nick2012chan: Being humiliated and powerless but feeling privileged and proud at the same time. When look at the Mistress, she looks so powerful and satisfied. Thoughts about consuming the liquid coming from Goddess’ divine body, pissed from secrete golden gate. Taste, texture, aroma, warmness

@suckHerSoles: GS are beautiful! When ‘forced consumption’ (with a funnel etc…) is employed by my Mistress it is the sweetest dichotomy. i LOVE that initial taste of Her GS but then the continued forced swallowing starts to get me panicked. It’s heaven! 🙌

@golfwinewhiskey: a sign of ownership, the Mistress is marking her territory. Also, you can sneak a peak, but you better open your mouth!!!

@jepody1:It’s a connection for me, the ultimate feeling of subjection. To drink your pee is more powerful than an orgasm for me.

@Halepier: For me it’s the intimacy of it that I love, I don’t see it as humiliating. Maybe the fact it’s taboo is also exciting.

@treverp79: In some ways the golden shower represents a barrier between Mistress and slave. The Mistress is in a way saying that the closest you’ll come to Her vagina is the urine that comes from there.

As expected, every response was unique however some common themes became apparent. It was also common for more than one theme to appeal.

Power Exchange – the act of pissing on someone carries very clear power connotations. Some players really relish piss play as a demonstration of their power exchange.

Aesthetics/Visuals – There’s kinksters that get off just on the visual of pissing. Perhaps observing as the pisser uses the toilet, stands to pee, or crouches over them. Some like to combine this with other aspects of piss play, others just purely enjoy the aesthetic. (oh dear! Now I’m fantasising about pissing down on a glass coffee table with a slave underneath)

Intimacy/connection – some kinksters really relish the intimacy and connection of the golden shower. Cherishing the opportunity to see more of their play partner, especially since GS play involves an act normally considered “private”, especially for women.

Humiliation – Of course, there’s an obvious and powerful humiliation charge to the “dirty” act of being pissed on or being made consume a Dominant’s piss.

Taking in the essence of the giver – one very interesting theme that’s emerged is piss play as a chance to injest the “essence” or as it was described in some of the articles I researched today “the spirit” of the pisser. Perhaps there’s something to this beyond the esoteric. Apparently stem cells harvested from piss have been used to grow human teeth and reprogrammed into neurons. Source article linked, which also contains some interesting information on the uses of piss in the past.

Wetting/holding/fullness/desperation – Another fascinating aspect of piss play that I’ve touched on lightly in my play in the past but am now keen to experiment with further. “Omorashi (おもらし / オモラシ / お漏らし), sometimes abbreviated as simply “omo”, is a form of urolagnia (urine fetish) subculture originating and predominately recognized in Japan, in which participants experience arousal from having a full bladder or wetting themselves, or from seeing someone else experiencing a full bladder or wetting themselves. Outside Japan, it is not usually distinguished from urolagnia, though they are different things. Westerners who do make the distinction commonly use phrases such as “bladder desperation” or “panty wetting”, although a number of fetishist communities in the West have also adopted the more specific Japanese language terminology. The term “omorashi” means “to wet oneself,” literally translated, “leaking.” The word is also occasionally romanized as “omorasi” in the Kunrei-shiki romanization system.”

Given that there’s such a variety of manifestations and motivations involved with this fetish I suspect that on a superficial level the reason it develops varies greatly from individual to individual.

However I did see an interesting theory posited regarding the deeper neural origins of this predilection “Even though human primates have graduated from using the mother’s snout end to keep the baby’s tail end clean, it is safe to assume that, as a species, we still possess in the brain the same phyletic circuitry for infant hygiene as do the subhuman primates. Just as males and females have nipples, so also do both sexes have these brain pathways that relate to drinking urine and eating feces. These are the pathways that, when they become associated with neighboring erotic/sexual pathways, produce urophilia and coprophilia as paraphilias”. Source: Risks Love and Love Sickness: The Science of Sex, Gender Difference and Pair-bonding (1980) by Professor John Money 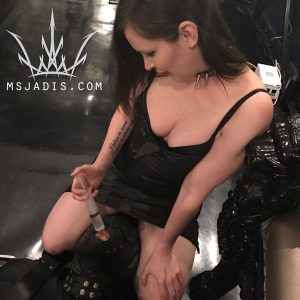 Contrary to popular opinion urine is NOT sterile. However, the bacterial/viral load of a healthy person’s urine is very low indeed. One point to note is that some drugs and/or their metabolites are excreted in urine. Excretion rates vary from drug to drug.

Risk management strategies to consider as a receptive golden showers partner include:
*Careful partner selection. Engage in GS play with people who are well and have healthy lifestyles.
*Limiting activities. Provided there’s no broken skin having your body pissed on is an extremely low risk practice. Consumption is slightly riskier and of course pissing over broken skin is riskier again.
*Note also that the initial stream of urine can contain bacteria from the exterior of the genitals. Limiting contact with that initial stream can lessen risk. An example of that could be releasing piss onto the recipients body prior to moving on to piss in their mouth.

In terms of technical “obscenity”, despite being a popular and relatively safe fetish depictions of golden showers are often problematic in relation to regional obscenity laws.The UK’s Obscene Publications Act is one such document very strict in this regard. With restrictions in this area tightening worldwide at present we may be seeing less and less fun kinky GS pics and videos!